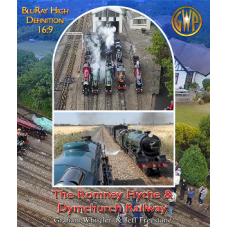 This DVD, the 5th made by GWP at the RH&DR, was filmed and edited by Graham Whistler and Jeff Freestone with full co-operation of the railway. The script was writeen by Graham Whistler with technical help from Andy Nash. It is also available as a DVD.