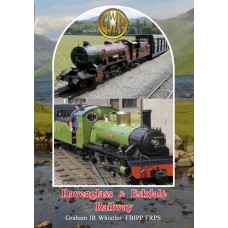 This DVD was filmed and directed by Graham Whistler with the full cooperation of the Railway. The script was written and narrated by Peter van Zeller driver of River Esk. GWP have been producing high quality railway films for over 22 years always using the latest broadcast quality equipment.

A beautifully filmed programme, showing the Ravenglass railway at its best. Steam locos River Irt, River Mite and River Esk feature along with Douglas Ferreira the relatively new diesel. With excellent scenery, informative commentary and good loco soundtrack, an excellent keep sake for anybody with an interest in narrow gauge steam and the Ravenglass line.